What's SSH/Key? How do we generate SSH key for github?
What's the preparation work before git?
What's the laymen steps to start git work

Question:
What's SSH/Key? How do we use SSH in github? What's the preparation work before git?

Answer:
Secure Shell (SSH) is a cryptographic network protocol for operating network services securely over an unsecured network in a client-server architecture. With SSH keys, you can connect to GitHub Enterprise without supplying your username or password at each visit.

The SSH key is a pair: public/private rsa key pair. Why it's called RSA key?
RSA was named after the initials of its co-founders, Ron Rivest, Adi Shamir and Leonard Adleman.

Difference between the commands “gcloud compute ssh” and “ssh”

You can either copy the google key pair to the default name:

You have several options for connecting to your newly-created GCE VM.

One option is to connect using the "SSH" button in the Developer Console GUI next to the instance in the list of instances, which will open a browser window and a terminal session to the instance.

If you would like to connect via SSH client on the command-line, you can use gcloud tool (part of the Google Cloud SDK):

By default, gcloud expects keys to be located at the following paths:

Before we can actually coding "git" stuff between the remote github repository and our local files, we need to prepare the following 3 steps first.

Step 1: Generating a new SSH key:
1. Open Git Bash terminal or Open terminal from jupyter notebook (in Sagemaker if AWS).
2. Paste the text below, substituting in your GitHub Enterprise email address.ssh-keygen -t rsa -b 4096 -C "your_email@example.com"
This creates a new ssh key, using the provided email as a label.

When you're prompted to "Enter a file in which to save the key," press Enter. This accepts the default file location. Double check to make sure the directory is .ssh/is_rsa.

Enter a file in which to save the key (/Users/you/.ssh/id_rsa): [Press enter]

or Enter a file in which to save the key (/c/Users/you/.ssh/id_rsa):[Press enter]

or Enter a file in which to save the key (/home/you/.ssh/id_rsa): [Press enter]

At the prompt, type a secure passphrase.

Step 2: Adding your SSH key to the ssh-agent: the other side of github push.

1. Start another terminal (from jupyter notebook in Sagemake from AWS)

Step 3: Adding a new SSH key to your GitHub account

1. Copy the SSH key to your clipboard.
If your SSH key file has a different name than the example code, modify the filename to match your current setup.

You can also list all the public key available/saved by: ls ~/.ssh/*.pub
When copying your key, don't add any newlines or whitespace. You need to right click to copy everything starting from "ssh-rsa ******" to the end of " asdgh@email.com".

In the "Title" field, add a descriptive label for the new key. For example, if you're using a personal Mac, you might call this key "Personal MacBook Air".

The key fieldPaste your key into the "Key" field.
The Add key buttonClick Add SSH key.

Here is the step most of us need to do freqently:
Now we have generated the SSH key, add the keys to both the local and remot github repository. It's time to start git "stuff".

ssh-agent is program that runs in the background and keeps your key loaded into memory, so that you don't need to enter your passphrase every time you need to use the key. The nifty thing is, you can choose to let servers access your local ssh-agent as if they were already running on the server. This is sort of like asking a friend to enter their password so that you can use their computer.

4a. print out the current working directory: pwd

4c. change the directory to the one that you want to pull to: cd /home/ec2-user/SageMaker/test1

4d. ls .git -la or git remote -v to see any existing git. If none exists, you can use:
git remote add origin https://ghe.company.com/DecisionScience/mmv-deliver/mmv-delivery.git
4e. after checking the git status, switch to different branch: git checkout -b branch_name

5. check what directory/file inside: ls

8a. you can alwasy run: git status to check if there are any existing git for that folder vs the remote git repo.

8b. If you just want to update/change one local file by the file from the master branch on the github, here is the code to run,
First you need to run git fetch via:

Don't forget that -- in the middle.

Use this one to update all the local files:
git merge origin/master ## for force to overrite local files

Notice sometimes you might get some error message like: "Already up-to-date",
in that case, you want to run git pull to update/overrite all local files in the working folder.
git fetch is the command that says "bring my local copy of the remote repository up to date."

git pull says "bring the changes in the remote repository to where I keep my own code."

When you use pull, Git tries to automatically do your work for you. It is context sensitive, so Git will merge any pulled commits into the branch you are currently working in. pull automatically merges the commits without letting you review them first. If you don't closely manage your branches, you may run into frequent conflicts.

When you fetch, Git gathers any commits from the target branch that do not exist in your current branch and stores them in your local repository. However, it does not merge them with your current branch. This is particularly useful if you need to keep your repository up to date, but are working on something that might break if you update your files. To integrate the commits into your master branch, you use merge.

8c. If you just want to download all the code: git clone git@ghe.*****.com: ked-dataScience/uvi-delivery.git

1. Check all the availalbe branches: git branch -a

2. switch to the one that you want to connect: git checkout -b branch_name

3. Initiate the connections to the remote: git init .

4. After you made some changes to the local repository, push to the remote github, usually push to your sub branch first, then pull request on github to merge with the master branch:

4a. git status to see what file has changed.

4c. git commit -m "what is the change" to commit locally.

4d. git push origin branch_name -f
to the remote github.
use -f to force the udpate to the branch, otherwise you might get some error message like:
"failed to push some refs to 'git@ghe.*****.com:directory/folder1.git'
hint: Updates were rejected because the tip of your current branch is behind
hint: its remote counterpart. Integrate the remote changes "

After you finish everything in the terminal, you can use: exit to finish and exit.

If you want to delete a few files from a branch in the remote github, you can do the following:


Some other git examples:

In case if your previous git commit crushed, and when you tried to reconnect and git add/commit, you might get the following error message:

"fatal: Unable to create '/home/ec2-user/folder_name/.git/index.lock': File exists. Another git process seems to be running in this repository, e.g.
an editor opened by 'git commit'. Please make sure all processes
are terminated then try again. If it still fails, a git process
may have crashed in this repository earlier:
remove the file manually to continue."

Then you can use the following to remove the lock file: rm -f .git/index.lock

When we get the erro message: "git remote add origin https://github.com/XXXX/YYY.git
fatal: remote origin already exists. "
you use use ls .git to see the current git status.
We can delete the remote git via:


How to create a tar archive with faked information:

How to unzip a compressed file from S3 bucket.

1. Click: create a file button.
2. In the blank box, input the folder name you want, for example, you will see something like: Github/Team/project, then type "code/", don't forget the back slash at the end, then click the enter, you will create a folder, instead of creating a file.

Have you ever faced the situation where you perform a long-running task on a remote machine, and suddenly your connection drops, the SSH session is terminated, and your work is lost. Well, it has happened to all of us at some point, hasn’t it? Luckily, there is a utility called screen that allows us to resume the sessions.

Introduction
Screen or GNU Screen is a terminal multiplexer. In other words, it means that you can start a screen session and then open any number of windows (virtual terminals) inside that session. Processes running in Screen will continue to run when their window is not visible even if you get disconnected.

Install Linux GNU Screen
The screen package is pre-installed on most Linux distros nowadays. You can check if it is installed on your system by typing:

Basic Linux Screen Usage
Below are the most basic steps for getting started with screen:
1. On the command prompt, type screen.
2. Run the desired program.
3. Use the key sequence Ctrl-a + Ctrl-d to detach from the screen session.
4. Reattach to the screen session by typing screen -r. Notice you might have to go to different tab to restore.

To start a screen session, simply type screen in your console:
screen

You can detach from the screen session at any time by typing:
Ctrl+a d

The above tutorial is from linuxize. 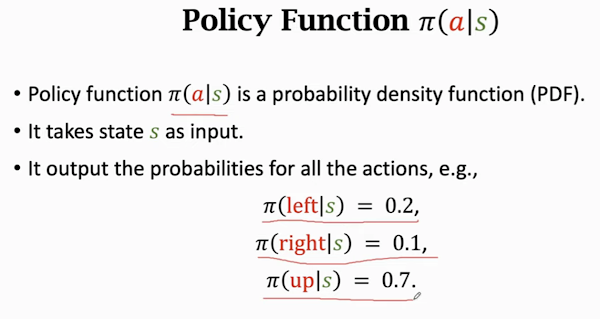